In past years, I wrote a lot of posts with examples of project-based homeschooling in our home, mostly because my eldest son was always making things. This year I have written only two! This is because both boys have been pretty singular in their interests lately. My seven-year-old, while he still loves dinosaurs, and he loves playing digital games more than anything in the world (and I know I should write a post about that), has had one on-going interest since he was what? Four? Five maybe? I’m not sure, but it’s been a long time. I wrote about his interest in birds and several projects he did a year ago in Project-based Homeschooling: Birds & Feathers.

But this year, I have less tangible projects to write about, and that’s okay. Sometimes PBH isn’t about making things. Sometimes, it’s about playing make-believe or talking about an interest. Sometimes the doing may not seem educational in the traditional sense. Sometimes it’s a small observation here, or a short burst of activity there. Sometimes it’s simply loving something and enjoying its presence. But there does seem to be a slow progression toward a deeper understanding of the subject.

This is what my son’s love of birds looks like this year:

His constant companion is Chick, an Audubon black-capped chickadee made by Wild Republic. Chick is carried around the house, slept with, and travels with us in the car. The only time he’s not within reach of the seven-year-old is when he’s lost (3~4 times so far), but eventually he’s found and restored to his owner. This bird is so well-loved that the sound it made died a few months ago, and it’s been washed and sewed up twice. We tried buying another chickadee, but Wild Republic has changed their products, so the new chickadee looks different, and the sound died almost immediately! (Not an experience we usually have with these quality toys.)

While no new bird has been able to usurp “Chick” in my son’s heart, this doesn’t stop him from wanting more birds. He’s always asking for one, and since we can find these birds in most museum gift shops, he has amassed quite a collection of these birds. He even wrote Wild Republic to tell them they should make a golden-crowned kinglet, and they wrote back, sending him two, complimentary birds!  The boys recently put all of them together on our sofa for a group photo (above), but believe it or not, a few of them are missing! lol

We’ve been lucky to see some new birds in the wild this year, and it’s always exciting to come across them in our travels, on our hikes, or in our yards. Both my boys are very adept at using the iBird app on the iPad to look up information about the birds, and my seven-year-old will sometimes sit down and look at this app for a long time by himself.

But as the facilitator of my boys’ educations, I do keep an eye and ear open for opportunities to support them, if they have an idea to do something. Or, if a special opportunity comes up, I pounce on that too. This happened twice lately.

When we visited Chicago in September, we went to the Field Museum. (We never not go to the Field Museum when we are in Chicago.) I remembered their fabulous Hall of Birds, so I told my husband we had to make a point of going there again because the seven-year-old was too little on prior trips to remember it. So we went there first thing, and we all had such a wonderful time looking at the birds.

When you have a little person in your family who loves birds, everyone suddenly loves birds. Then again, who doesn’t love birds? 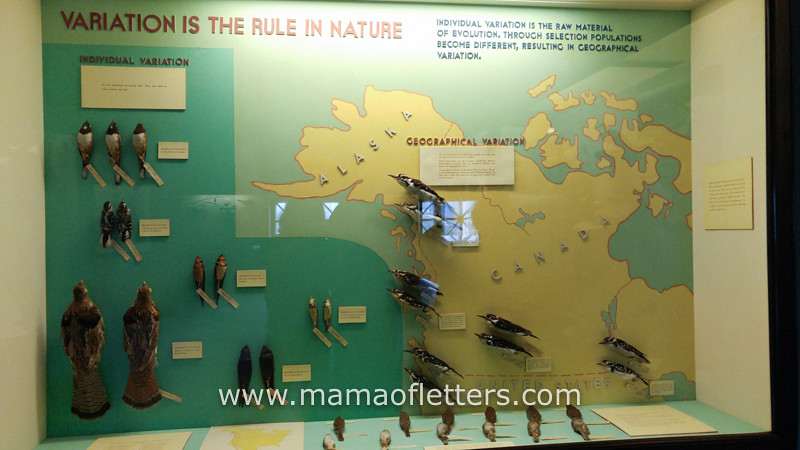 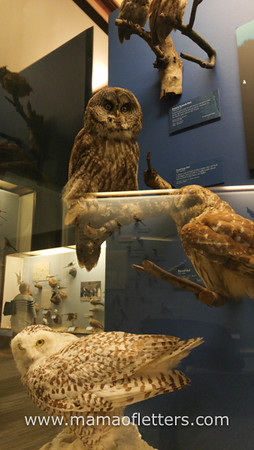 Later during the trip, we encountered some fabulous birds on our walk through the Chicago Botanic Garden. Most of these we had seen before, but we never had such long looks at them before. We saw Mallard ducks, Canadian geese, goldfinches eating the seeds from large sunflowers, and most exciting of all…the black-capped chickadee!

Note: The black-capped chickadee does not live in Georgia. The Carolina chickadee lives here. However, when I looked up the difference, I found out that they look exactly the same. The difference is in their songs and the ranges they live in.

While we were walking around the botanical garden, the seven-year-old said to me, “We should read more about birds.” This excited me very much because so far, he hasn’t wanted to read much about them. I promptly reminded him that the storybooks I bought him for his birthday all featured birds, and in the back of those books, they had bird facts we could read about…..

Ahem. That was an example of me taking over my son’s project. This is not recommended in project-based homeschooling. And what did it do?

My son shut down. He said, “No! Never MIND.” And he wouldn’t talk about it again.

***Insert me shuffling away with my tail between my legs.***

What should I have said? I should have said, “Okay. What do you want to read?” And left it at that.

But I did redeem myself. Later at home, when we were getting back into our routine of doing lessons every morning, I said to my son, “You mentioned that you would like to read more about birds. Would you like to do that during lesson time?” I received an emphatic “Yes!” Then I asked, “What do you want to read?” At that, my son went and got a little, old bird guide that my dad had given to him. He was very clear that we would read the entries for one or two birds each day….birds he would pick out randomly. Then we’d move on to another, similar book. 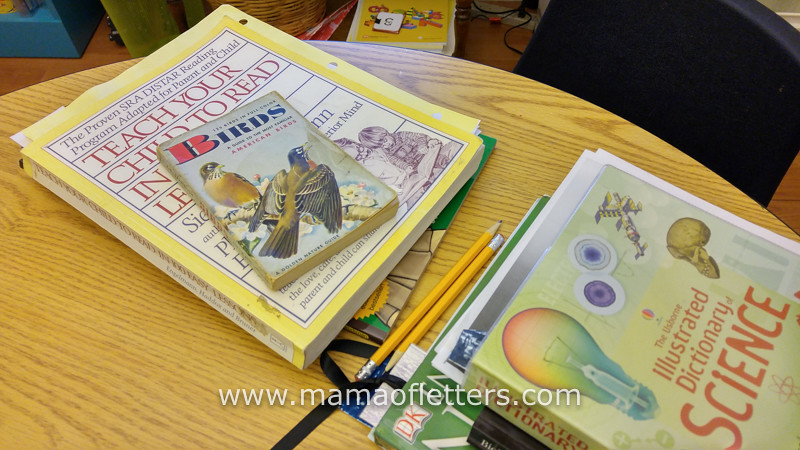 This makes sense to me. At seven-years-old, my son isn’t ready to understand lengthy science texts about birds, but these short little descriptive paragraphs are perfect. He picked out what he’s ready for. So that’s what we’re doing, and even though it takes only five minutes, it’s a very exciting step in this long-term interest.

Please tell me what interests your kids today.

6 thoughts on “Project-based Homeschooling: It’s All for the Birds (in a good way)”