I just read over the post I wrote earlier this year, Homeschooling 3rd Grade: A New Venture. That was a good title for that post. Third grade has had a different feel to it than the first years of our homeschooling adventure, and my nine-year-old is making a huge shift in his maturity as well as activities. In the last 2-3 months, he has done very little creative building and clay sculpting. This makes me a little sad, but I know it shouldn’t. It’s because he’s turned his attention to the piano, and this has been exciting for all of us. It’s a big commitment on all our parts. For my son, he has to practice, practice, practice. For us, we have to create the time and space for him to practice and also be there to support him. On top of that, I’ve had to do more academic work with him. I don’t think he’s lost interest in building and sculpting, but he doesn’t have the time, so he’s choosing what is more important to him, which I think is great. He is also maturing, showing glimpses of the adolescent to come, and while he’s capable and willing to take on more work, he also needs plenty of downtime and fun time, which I try to give him.

Learning the piano has become a time crunch for everybody in the house because my husband and I try our best to sit and listen to him play. We’re delighted to do this, and I think it helps motivate our son. We also help him remember what his teacher told him. Since this is a big part of our day, and it’s become important to our son, I have let other subjects slide. I know that letting my son focus on his work is essential, and it’s a great opportunity we have while homeschooling. Because we’re flexible when it comes to curriculum and time, I can make sure he has plenty of time to play and be a kid as well as work hard at what he loves. (At least, I try to do this.)

I hope to continue on with these other subjects again at some point, but I’m not worried about it. My son’s education in music goes well beyond his practice since he’s learning about the composers and doing a lot of listening and observing too. But I’ll write more about that in a different post. This post will focus mostly on the work I require him to do.

During the Fall season, we were quite busy but in a good way. We had appointments on Tuesdays, Thursdays and Fridays. My nine-year-old had a piano lesson on Thursdays and a class on Friday morning. The first 8 weeks, he took a pottery class, and the last eight weeks of the season, he had a chemical engineering class which was a program done by Engineering for Kids. We enrolled him in both of those classes because of his interest in these subjects.

I’ll digress a minute to talk about the classes. Unfortunately, we weren’t happy with either of them. A new pottery teacher seemed to “dumb the class down” to the level of very beginning students. (This was my son’s third class.) As for the chemical engineering class, we could have done many of those projects at home with a book. (Very disappointing considering Engineering for Kids does these programs in public schools.) This was the first time we were ever disappointed in classes my son has taken, so I think we’ve been pretty lucky. But it showed me that as my son gets older and more knowledgeable about the subjects he cares about, it will be harder to find outside sources that can challenge him.

This season, my son has only had piano lessons to concentrate on. I still do main lessons with him on Monday, Wednesday and Saturday mornings with a few exceptions.

We also took time out for both my boys to attend a three-day spring camp at the botanical garden. That was fun for them!

We’ve been doing a lot of reading and that makes me happy. I start most our mornings off with a read-aloud (this is something I let go for awhile, and I’ve managed to weave it back in, so I’m very happy about it), and I also read to the nine-year-old right before bed. Briefly, here is some of what we’ve read:

My son is reading (and re-reading) three big volumes of Calvin and Hobbes, which he loves. They sit on the kitchen table with our newspapers, and he reads them throughout the day. Besides this, he’s been reading the Battle Bugs series, which he seems to enjoy.

This year, I have read My Father’s Dragon, Charlotte’s Web, The Adventures of Tom Sawyer, The Story of Dr. Doolittle, and On the Shores of Silver Lake out loud to him. I also read (at his request) some books about the Lewis and Clark Expedition and several books (of my choice) about the Cherokee Indians, including Only the Names Remain. Right now I’m reading Alice in Wonderland and The Long Winter. (Some of these books my younger son listens to as well.)

We finished All About Spelling Level 1! Can’t say my son loved it, but I thought it was a great program, and it showed us both that he can spell, if he thinks about it.

For handwriting, we switched from Handwriting Without Tears to a calligraphy set. My son still loathes writing with a utensil, but it became a little more bearable with a calligraphy pen. I let him pick a sentence of his choice to write in calligraphy.

With a test prep book and some posters I have, I’ve been going over parts of speech with my son because I know that will be part of the test he’s required to take at the end of the third grade. I can’t imagine a worse way to foster a love of writing (unless a child likes it) than teaching kids the parts of speech at this age, and for the life of me, I don’t know why he needs to know this right now. I really hate having to teach it, and I hate having to test him. (But grateful we are homeschooling considering the ridiculous testing they do in schools these days!) Enough said about that.

I am so proud of how far we’ve come in math this year, but it was my academic priority. We completed four Life of Fred books. (Yes, four! Which puts us at completing seven total.) This year we worked through Dogs, Edgewood, Farming and Goldfish. I have the next three books, which is suppose to take us through 4th grade, and I plan to start them in the summer (or maybe fall). For now, we’re just doing some practice in the test prep book.

I have also begun to require that my son memorize the times tables, and we started with the three times tables. I put a little chart of “the threes” up on the wall, and I covered the answers. We go over it every time we do lessons. To make it fun, I began timing my son on how fast he could recite the 3 times table, and I get him to try to beat his last time. To my delight, my six-year-old wanted to join in on the fun. (Let me be clear: It’s fun for the six-year-old because he’s obsessed with numbers. Not so much for the nine-year-old.) So now they do this together, which makes it more fun. (At least for the six-year-old. Perhaps it’s tolerable to the nine-year-old.)

As mentioned above, my son took a chemical engineering class during the fall season. We also continue to watch science and nature documentaries. However, for the first time, we’re going to be starting a science curriculum, and we’re so excited! My son is so far ahead in science that we picked a middle school curriculum. We purchased Elemental Science’s Biology for the Logic Stage. We’re going to start this during the summer, and I’ll let you know how we like it. (For those of you looking for science curriculums, elemental science is a secular curriculum.)

Not much has changed in my approach to social studies. My son is still enjoying News-O-Matic occasionally, and we’re trying to follow the presidential election, though not in depth. My son is beginning to show more interest in history documentaries. (Especially this recent one about the Vikings.) And we’re putting our History Timeline to good use.

Most important to note is that my son’s segue into studying history is coming through his interest in music. He loves learning about the famous composers, and we’ve been using Meet the Great Composers as one resource.

Also, I already mentioned that we did a little unit on the Cherokee Indians by reading several books and visiting the Cherokee basketry exhibit at the Georgia Museum of Art.

My son took a pottery class this fall, and during that time, I went sketching with my younger son. After this, however, I have only done a few Art Fridays, and this makes me sad. I need to find a new, inspiring resource to get me going again.

We have had some good art sessions though, and we recently visited the Georgia Museum of Art to view a Cherokee basketry exhibit and the MFA student exhibition. My boys don’t love art as much as I do, but I think it’s an important part of a well-rounded education.

I shouldn’t fail to note that my son is learning about music, which is art, and he has attended several classical concerts this year too!

This is the first time I’ve mentioned Chinese, huh? Well, we have a Chinese calligraphy set that I plan to use. We got started, but then that got stalled. And same with Spanish. We had a great start at the beginning of the year using Mango free through our library, but that’s just something I’ve had to let slide as my son focuses on his music and I focus on teaching him what he needs for a test AND make sure he’s got plenty of free playtime.

Next up I will post about how kindergarten is going with the six-year-old!

4 thoughts on “Homeschooling 3rd Grade: Where It’s Taken Us And How our Schedule and Curriculum Have Changed Over the Year” 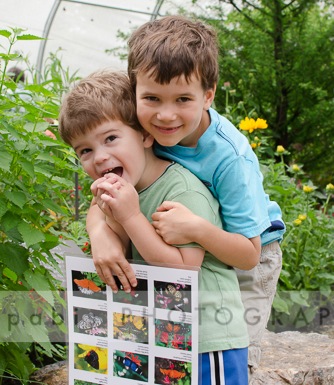