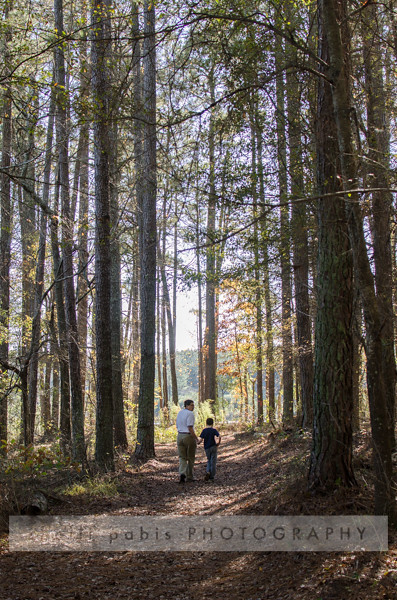 Note: This column was published in the Barrow Journal on November 25, 2015.

When that non-stop rain we had finally ceased, we high-tailed it to the nearest park. That, of course, was Barrow County’s treasure: Ft. Yargo State Park. We had wanted to go there frequently during the fall, but that rain was keeping us at home, and we were all getting a bit stir crazy.

Due to our work and homeschool schedule, we don’t have a lot of time to get out into nature, but we’ve always made a point in exploring the various parks within driving distance whenever we can. It’s good for the boys, and it’s good for us. I can’t count the times my husband has thanked me after coaxing him away from his desk for a walk in the woods. It’s rejuvenating.

My father used to get his family into the outdoors frequently, and I guess I’m following his example. I have always enjoyed being outside, but I’m not sure I really noticed the plants and animals we share this earth with until I had children. No one can teach an adult how to discover the world better than a child.

There is rarely an insect, arachnid or small mammal that goes unnoticed when we’re walking in the woods with our children. The noise we make scares most wildlife away, but when we went to Ft. Yargo last week, we had a special encounter, especially for my bird-loving six-year-old.

My six-year-old often starts our leisurely hikes in protest. “Ugh!” He pouts. “All we do is walk!” If left to his own devices, my six-year-old would stay on our living room floor playing with his dinosaurs and animals and waging wars between them. Either that, or he would play Minecraft on his tablet most of the day. Unlike his older brother, who has always been my nature boy, the six-year-old needs convincing that hiking is a good thing.

Luckily, on that day, my nine-year-old spied a mallard duck, and soon after, we realized there were two more – two males and a small third duck that was either a female or juvenile. Suddenly my six-year-old was all into hiking. He loves birds, and ducks are his favorite. He has wanted to see a wild mallard, especially after watching documentaries about ducks and studying their photos in our bird app. He knew that they migrate to Georgia in the winter, but he had not encountered one before.

On our hike at Ft. Yargo, we had the pleasure of telling him that you have to get out into nature frequently, if you are going to see anything. And you have to go walking around and exploring. Otherwise, you definitely won’t see anything. I hope he got the message!

As long as we stayed in their territory along the lake, the mallard ducks followed us along the shore, and when we walked across the bridge, they followed us to the other side. We didn’t have any food to give them, but that didn’t deter them. They seemed just as interested in us as my boys were in them.

They are beautiful ducks, and it was a pleasure taking the time to watch them gracefully swim through the water and preen their feathers and cluck softly to one another. As they moved about, I could see the striking blue feathers that are hidden under their wings. The male’s green head glinted in the sunlight. I’m grateful that my children have taught me to look deeply at things that I would otherwise take for granted.

My six-year-old’s next mission is to try to see a male wood duck in the wild. If you’ve never seen a wood duck, you should look up a photo online. The males have beautiful plumage. That’s his favorite duck, and it too lives in Georgia (and it’s a favorite of duck hunters), but we’re not sure where we should go to try to see one. If anyone might know the answer to that, please send me an e-mail. 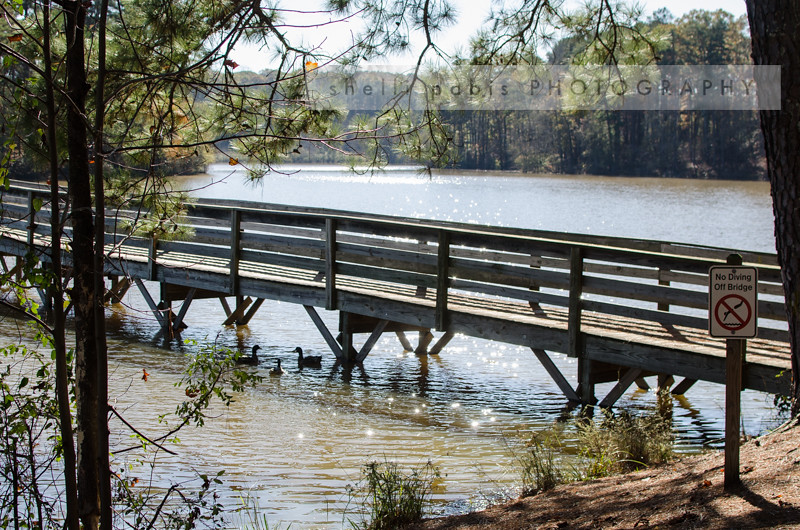 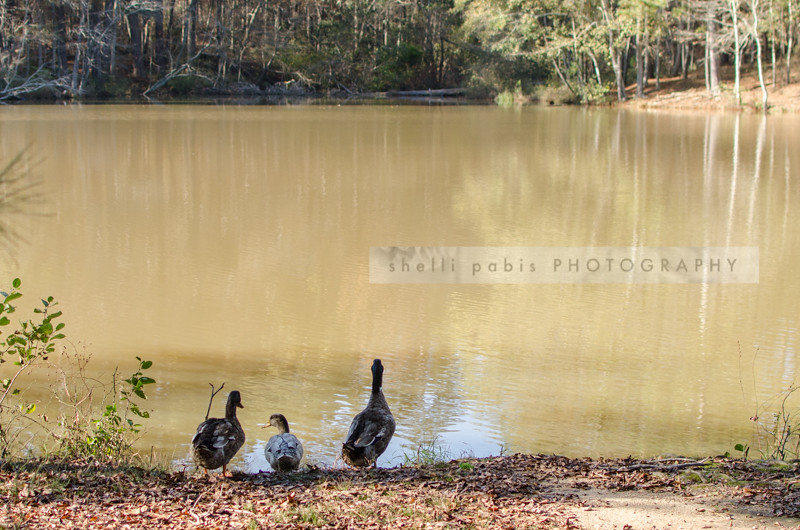