I’ve been really excited to share this photo with you. It may not look like much at first, but it’s actually an image of a thrust fault. If you look in the middle, near the top of this cliff, you’ll see how the rock on the right kind of looks like a wave, and it’s pushing up over the rock on the left. That’s the fault! 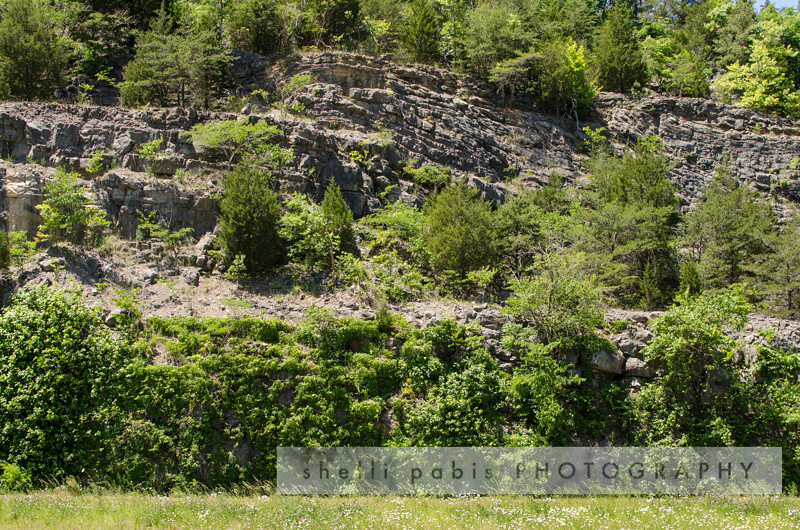 When we went to Cloudland Canyon State Park, we took along Roadside Geology of Georgia by Pamela J. W. Gore and William Witherspoon. Cloudland is a haven for geology enthusiasts, and I’m going to do a separate post with all my “rock” photos taken in Cloudland.

This photo was not taken in the park. This thrust fault is located along I-59 near Rising Fawn, Georgia, and yes, we stopped our car on the highway, and I got out to take it. The reason we did that is because there’s a picture in the book of this same fault, and we thought it would be really cool to find it. Since it took some effort to find it, there was no way I was going to miss the opportunity to take a photograph!

I wish I could explain more about the geology of this region, but I’m not a geologist, and I’m just barely beginning to grasp this wonderful subject myself. I highly recommend the Roadside series. There is one for almost every state!