Note: This column was published in the Barrow Journal on June 26, 2013.

If you read my column regularly, you may recall that we raised Painted Lady butterflies this spring. We ordered the larvae from an online company and watched them grow, pupate and emerge into adult butterflies. Then we got the crazy idea to keep the butterflies, watch them mate, lay eggs, and raise a second generation.

I had visions of my house being invaded by tiny caterpillars, but I persevered thinking that at any time, I could throw the whole thing outside. I thought we’d just try it and see what happens.

We kept our first generation in our butterfly habitat, a roomy mesh cage about the size of an aquarium.  Four out of six larvae made it to maturity, and when we observed them mating, we figured out only one of them was a female. She may have been overworked, but she was determined to carry on life, and she laid dozens of eggs on a small hollyhock plant that I had dug up and potted from my yard so that I could put it down into the cage.

Butterflies don’t live very long after they mate, so when we released our first generation, I’m not sure how much time they had left. For one, it was real quick – before it reached the tree in our front yard a bird came out of nowhere and snatched it up. My husband and I weren’t sure whether to laugh or cry. We were all sad, but fortunately, my six-year-old “little biologist” understands how nature works. My three-year-old didn’t seem to notice.

There are a few plants that Painted Lady butterflies will feed on, including hollyhock, and by sheer luck I had some growing in my yard because I had received the seeds for a present. The female butterfly will only lay her eggs on these plants so that once the larvae hatch, they can start eating right away.

The eggs are smaller than the point of a pin, and they’re a beautiful aqua blue with vertical lines that look like the longitude lines on a globe. We looked at them twice under a microscope. I had read that you can see the tiny caterpillars inside them, but we never observed that.

The eggs were tiny and scattered over the leaves of the hollyhock, so I’m not sure how many there were. I decided to put the plant on our front porch to avoid an “invasion,” but I left it in the mesh cage to protect it from predators. After about a week and a half, we found the tiniest caterpillars you can imagine wiggling on the plant leaves. They were less than a millimeter in length.

At this point, we clipped the leaves with the caterpillars and put them into a big mason jar. We covered it with a coffee filter and secured it with a rubber band. Punching holes into the filter is not necessary because the caterpillars don’t need a lot of air – the filter lets in enough. We added a fresh leaf from our hollyhock plants every other day.

When they got a little bigger, we let some of them go in our garden, and I wished them well.  I feared we wouldn’t have enough hollyhock to continue feeding all of them.

We kept 16 and divided them into four big mason jars to give them extra space. Of those, only ten of them survived to the pupa stage. All of them emerged or “eclosed” into adult butterflies, but, sadly, one of them was not fully formed. 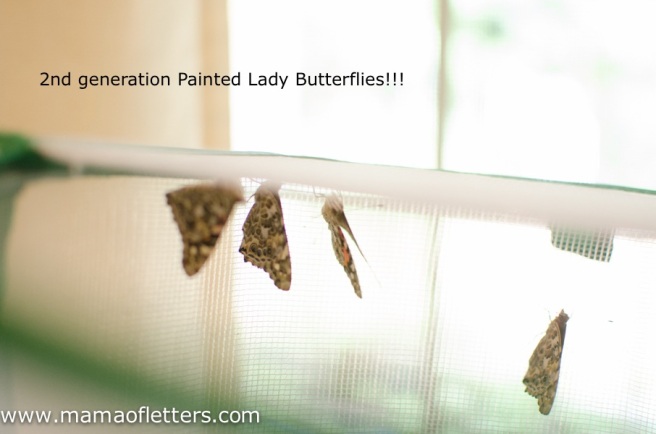 The most troubling part of the whole process, however, was discovering that one of the butterflies went missing from our cage.  Did they push open the cover? Did our cat get it? Did the three-year-old open the cage when we weren’t looking? Was I going to find a dead butterfly while vacuuming under the sofa?  I was baffled.

It was even more troubling the next day when two more went missing, so we immediately took them outside to release them, only two days after they eclosed and while we were still waiting on two more to emerge.  Luckily the case of the missing butterflies was solved when I lifted the paper towel from the bottom of the cage – three of them had crawled into the folds of the towel, and luckily they were healthy and strong and flew away as soon as I released them.

After that, it wasn’t long before the last healthy butterfly was born, and we discovered that last one was not healthy enough to fly away.  We released the healthy one, and the other rests in peace.

Raising the butterflies from eggs to adult and witnessing the entire life cycle was a wonderful experience for my whole family. It showed us how fragile and beautiful life is, and while trying to help the butterfly with miniature wings, I thought of a line in my favorite poem by Mary Oliver.  “Life is infinitely inventive,” she writes.

We hope some of them survive and are creating a third generation right here in Barrow County.

I hope you enjoy the following gallery of the butterfly life cycle! Click on an image to enlarge. To view a slideshow of the cycle of our first generation of butterflies, click here: Raising Butterflies 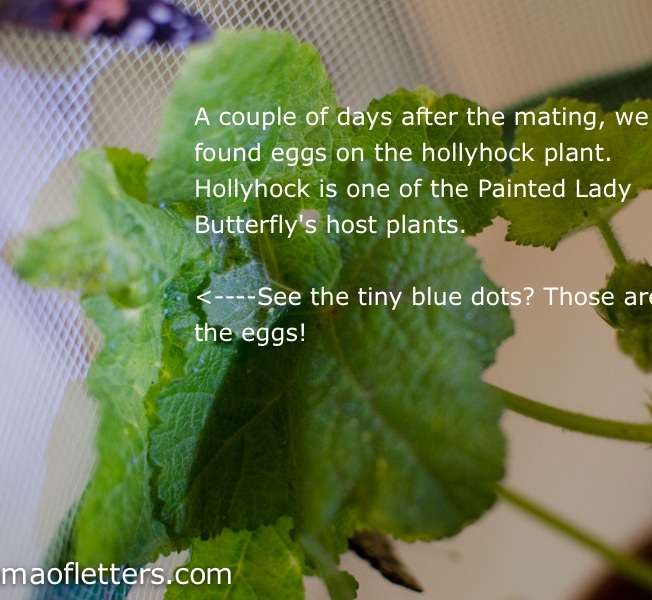 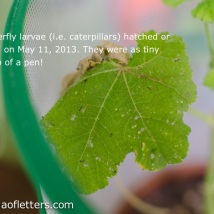 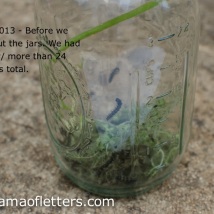 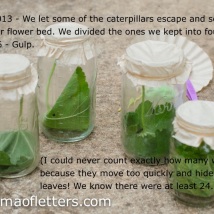 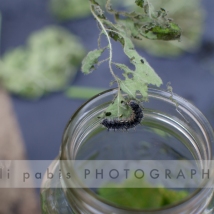 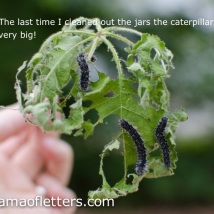 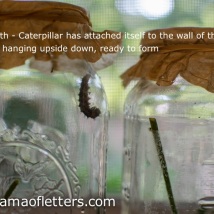 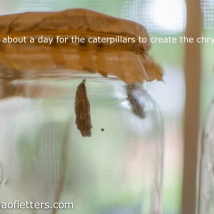 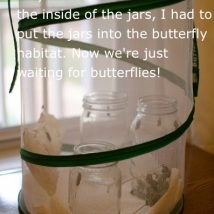 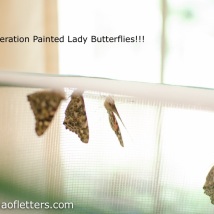 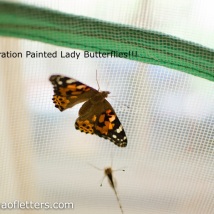 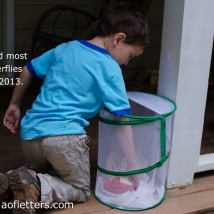 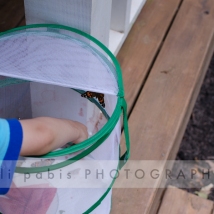 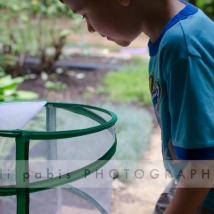